Persistence is the Key to Passing the CPA Exam 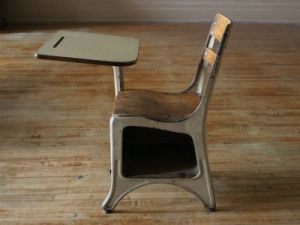 Since 1966 Lambers has been offering the CPA Review Course to CPA Exam Candidates. Over all those years we have seen many types of students come through the program. We have had students with no accounting background at all come in and pass the exam on the first attempt. I remember a student who used to arrive early to the classroom and eat carrots while studying. She went on to win the gold medal for highest CPA Exam grade in Massachusetts that year.

As with any business in existence for over 50 years we have seen our share of success stories. Intermingled with these success stories are stories of students who did not pass the CPA Exam for one reason or another. The students who fail might feel that a career as a CPA is not right for them, or they may feel frustration if they fail a part of the exam. Here is an example of how persistence can help you reach the goal you set out to attain: becoming a CPA!

Lambers had a student; his name was John, who started the Lambers Review Course in the mid 1990’s in order to become a CPA. John attended a good college in the New England and had an excellent understanding of accounting. He attended the Lambers Review Course and took the CPA Exam. Back then the CPA Exam was given twice a year in May and November and you had to take all four parts. Pass rates were much lower for the exam compared to today’s structure where the exam is offered on demand. John passed two of the four parts of the exam which was considered excellent.

John came to the next review class, studied hard, took the CPA Exam and passed another part. Now with only one part to go he was poised to be a CPA. He took the class and did not pass the part. He took the review again and did not pass the part he needed. Then he ran into a problem where he could not keep the passing scores for the parts he did pass! He attended the review course each time, studied hard and attended some special sessions we set up for him. He was determined!